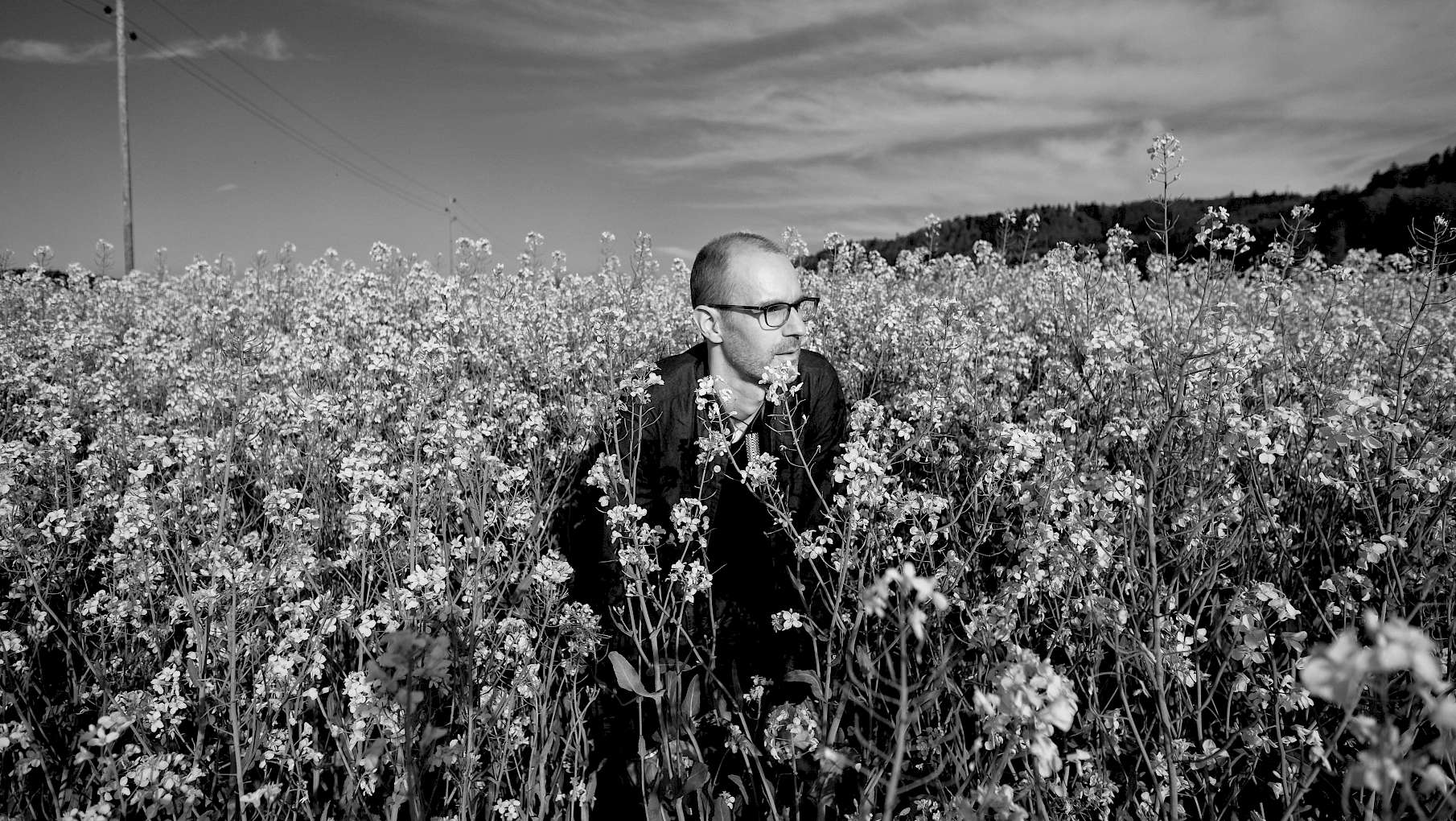 Mik Keusen works as an accomplished pianist, composer and educator in his Atelier 161 at „Progr“, a center for cultural production in Berne, Switzerland.
He started taking classical piano lessons when he was seven years old. As a teenager he felt strong needs to a personal and musical liberation and started to experiment with Jazz and Rock-Music. During this time the urge to musical self-realisation became a strong guide-line. Driven by that, he decided to study jazz piano and educational science at the Lucern University of applied Sciences and Arts. During this period he has been introduced to the Indian classical music and felt immediately a deep wish to learn more about that mystical and suptle music-system. In conjunction with that, he has also started getting acquainted with the concept of „Minimal Music“ and Don Li’s concept of “Tonus-Music”, which led to a direct collaboration with the musicians Sha (Nik Bärtsch’s Ronin) and Zimoun, which in turn influenced the music of his band „Mik Keusen’s Blau“.

In 2003 Mik established the quartet “Mik Keusen’s Blau”, and in 2004 his „outstanding sound concept“ received the “Axell and Max Koch-Foundation Award“. In 2005 Keusen composed the music for a multimedia production, commissioned by the Paul Klee Center. During the same year, in collaboration with the Swiss Radio Company DRS II, he produced the widely recognized debut album “Mik Keusen - Blau”. In 2006 he launched the trio “DKS” with Gareth Davis (GB) and Julian Sartorius (CH), with whom he performed live at the “Expozice Nové Hudby” (Festival for New Music) in Brno (CZ).

In 2010, after several years of highly intensive musical activities, Mik arrived in the holy city of Varanasi/India where he got his initiation to hindustani classical music. By coincidence he got introduced to the wellknown indian harmonium player Sri Jamuna Ballabh "Bhaiyan-ji" Gujrati. He accepted Mik as a disciple and thaught him the basics of Raga and Tala. At the same time he started to play the tabla with Sagar Gujrati and further studies with senior vocalist Manju Sundaram.

After this life changing stay in India, Mik returned in 2011 and launched his second album „Nalu“. Building on this Mik wrote and recorded the soundtrack for the cinema documentary „Thorberg“, which has been nominated for the Swiss Filmprice and was honoured by the 3-Sat Documentary Filmprice.

Since 2007 Mik works in a longterm collaboration with Swiss singer and songwriter Trummer. As a basic band member he recorded five albums and did extended live-tours.

In 2015 Mik startet a collaboration with Tibetan singer and activist Loten Namling. As a part of his Band „Porok Karpo“ he recorded the album „Behind the two mountains“  and is touring through Europe.

Currently Mik is working on a new Solo-Recording.